We have been a major international racing stable in the sailing domain since 2011. 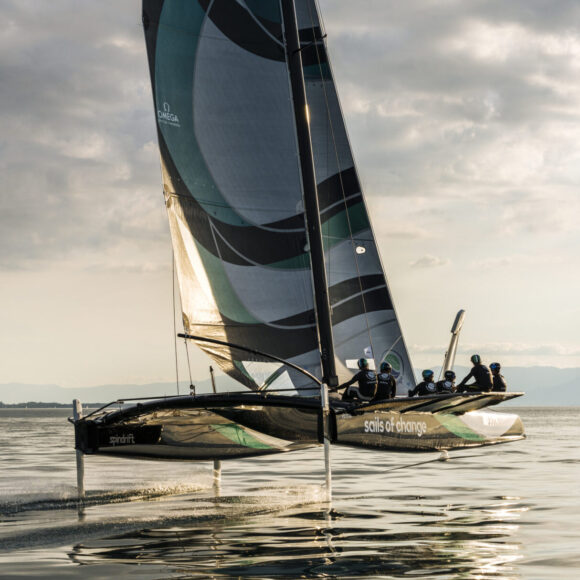 Since its creation in 2011, Spindrift has positioned itself as a major professional racing stable in the domain of international sailing. A multihull specialist, the team has won acclaim in our sport’s major events aboard the most demanding race boats. Today, two sail boats make up the Spindrift fleet. The TF35, a 10-metre flying catamaran and a 37-metre maxi-trimaran, which is the stable’s flagship.

First and foremost, Spindrift is synonymous with a meeting of minds, a meeting of two people, both of whom are passionate about inshore and offshore sailing challenges, Dona Bertarelli and Yann Guichard. Together, they have decided to live out their passion to the full by creating Spindrift alongside sailors and experts who share the same team spirit, rigour and performance. 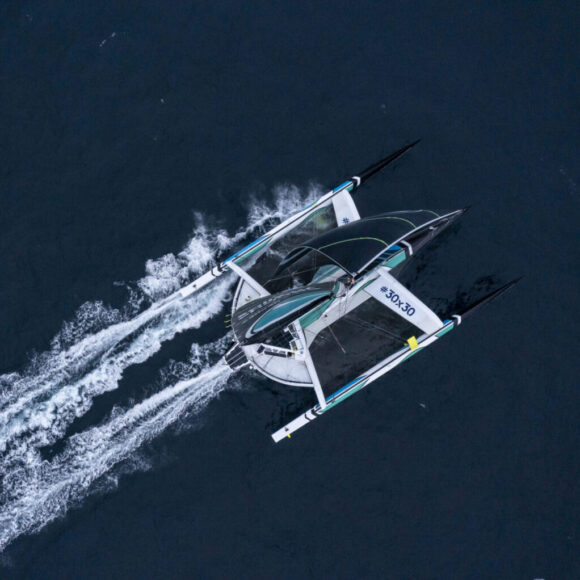 In 2015-16, the team also secured the third best time ever in the Jules Verne Trophy, the round the world record under sail. To date, Spindrift also holds the record between Ushant and the equator, in a time of 4 days, 20 hours and 7 minutes, set during their second Jules Verne Trophy attempt, in 2019. 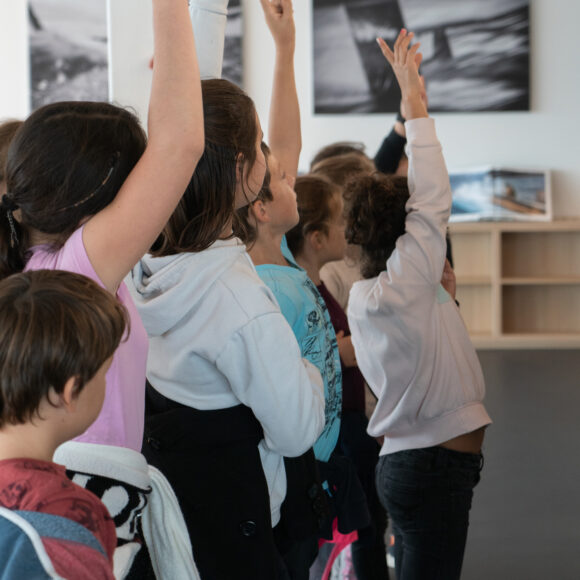 It is out of a desire to share with young generations the wonders of the world, which need preserving that Dona Bertarelli and Yann Guichard founded the Spindrift for Schools educational programme in 2015.

The maxi-trimaran Sails of Change will also fly the flag of Spindrift for Schools, whose educational kit “Inspired by Nature: committed to action!” has just been published in partnership with the Departmental Services of National Education of the Morbihan region, the French Réseau Canopé in Lorient, Brittany, and with the support of UNESCO. “Our aim is to inspire, raise awareness and prepare young people to carry these values through to adulthood. Through our passions and our commitments, we are sharing knowledge and values in a bid to help children work together and commit to their future,” explains Dona Bertarelli.