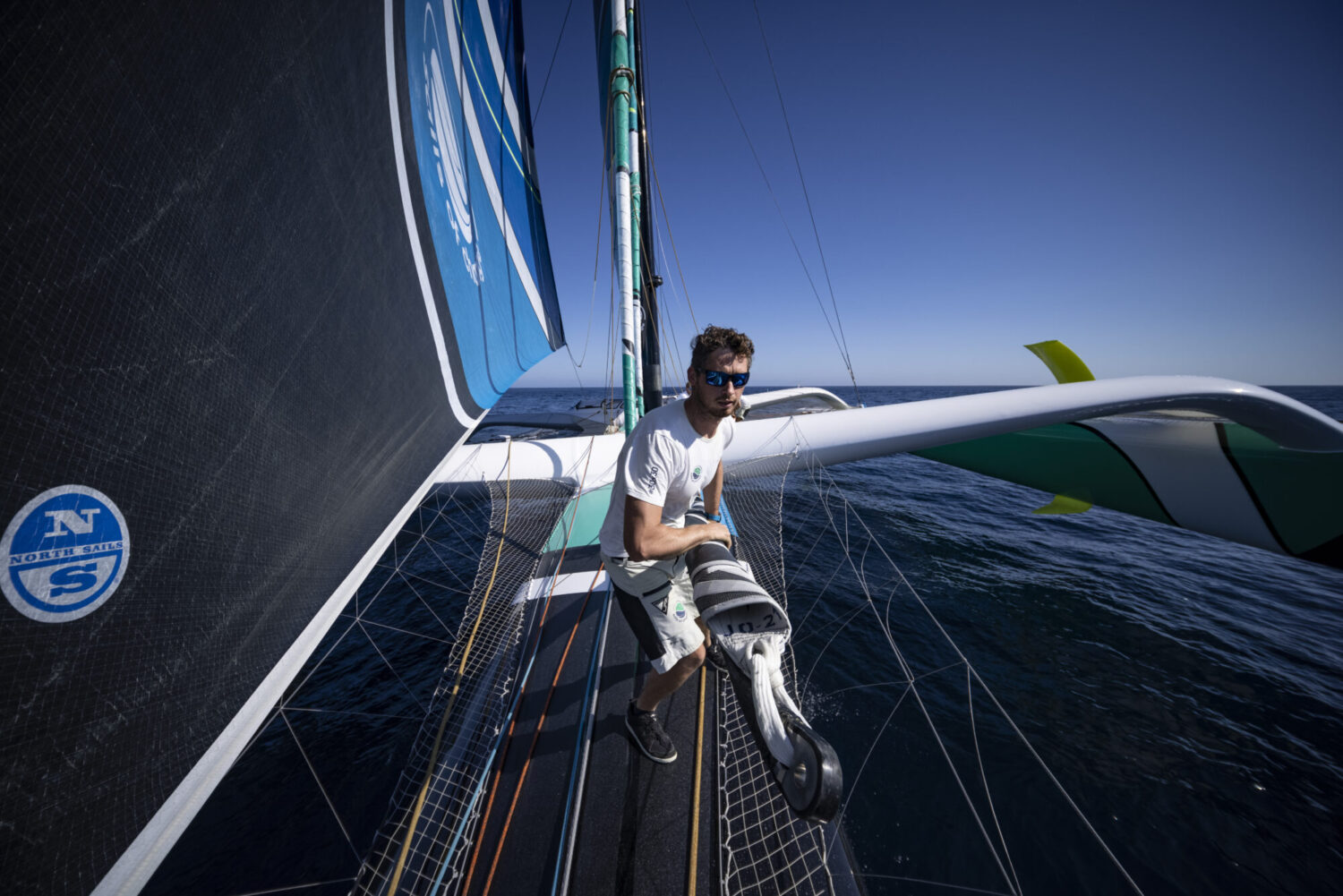 Back to training for the Sails of Change crew

Yesterday afternoon, the crew of the maxi-trimaran, Sails of Change, set sail for the second time this week. As soon as they passed the Petit-Trého port channel buoy and hoisted the mainsail, the maxi-trimaran skippered by Yann Guichard headed south-east. Under a bright sun, the 13 crew members unfurled the large gennaker of the largest ocean racing trimaran in the world and were able to start 18 hours of training towards Arcachon.

Yann Guichard says: “This week, we went sailing for the first time since the end of our Jules Verne Trophy stand-by. I think everyone is glad to be reunited and to sail together again. Yesterday, we left Quiberon Bay in the early afternoon with little wind. But it quickly picked up, reaching 34 knots in a gust. The sea became rougher too, with short waves. It was a bit hard for everyone to get back into the swing of things so quickly, but it was interesting to sail in these more challenging conditions. Despite the wind, it was a beautiful night with an almost full moon, no clouds on the horizon and amazing light. On board, we welcomed two new crew members who are testing for the new season. At the same time, we carried out different tests on the batteries, the consumption on board, the energy production with the bike, the wind generator, etc. Finally, we put in place old sails that were cut this winter, and new sails that we have just received, in order to test them under different configurations. Next week, we will sail again to continue to gain experience together, and to fine-tune the final adjustments on board the boat.

The objective for Yann Guichard is to be ready for April 15th. The crew will be on stand-by again for a month,to consider a record attempt on the Discovery Route (transatlantic race from East to West, between Cadiz in Spain and San Salvador in the Bahamas). The record to beat is of 6 days, 14 hours, 29 minutes and 21 seconds – and both Yann and the crew know it well, as they have held it since November 6, 2013!