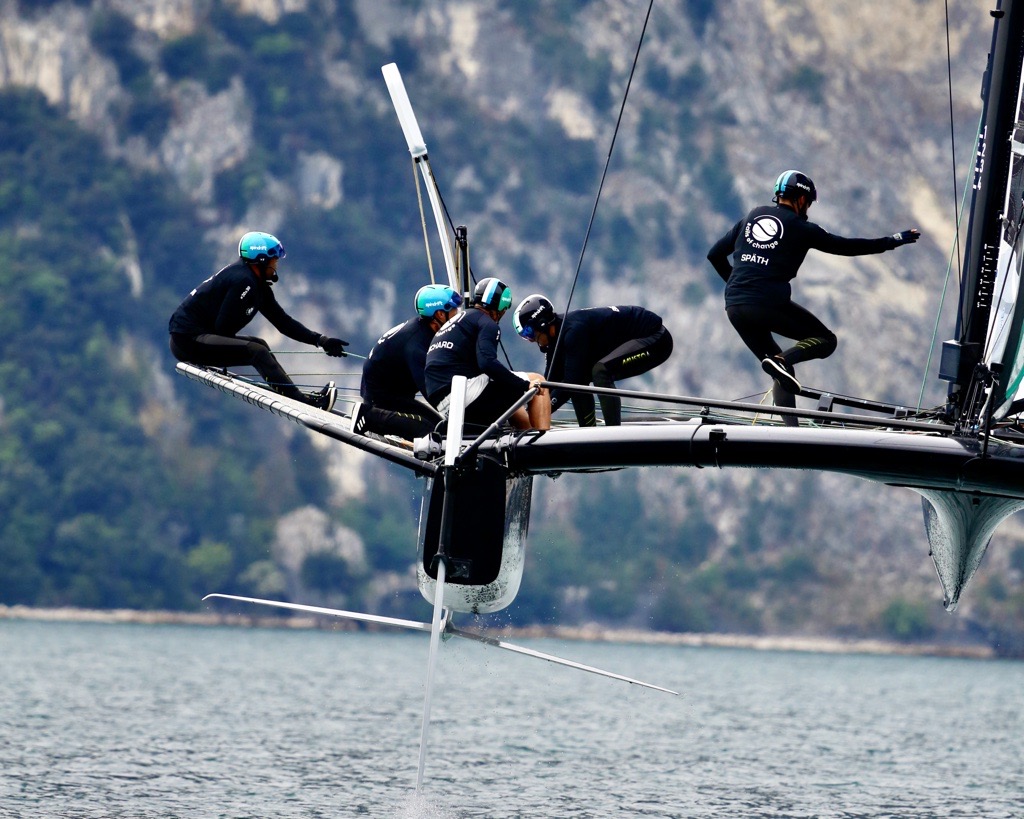 On 11 September at Malcesine in Italy, Spindrift Racing achieved their first win in the TF35 series for foiling catamarans.

“It was a perfect event for Spindrift” said skipper Yann Guichard. “We were very fast with good starts, and competitive with the best teams in the fleet. Yann (Jauvin) made excellent tactical calls, and the team did a great job on the performance side.”