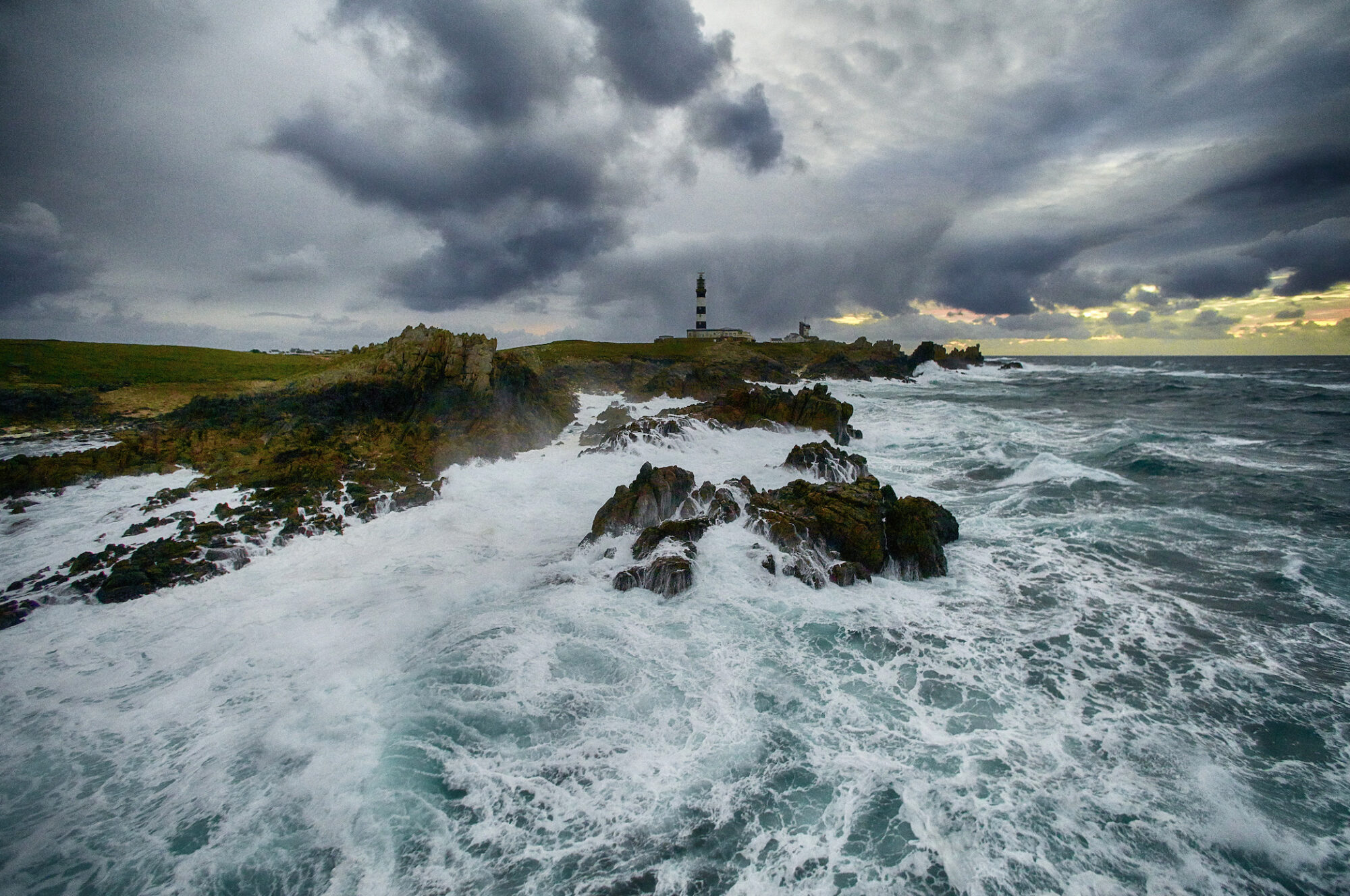 The call of the lighthouse

The north-western tip of Ushant Island is home to the most powerful lighthouse in Europe. The Créac’h lighthouse doubles as one end of the Jules Verne Trophy start line and was designed in 1863 by engineers Rousseau and Maîtrot de Varennes. Its light signalling the Breton coast can be seen as far away as the middle of the English Channel.

In ancient times, seafarers’ only point of reference was land and they rarely lost sight of it. When it became necessary to cross seas such as the Mediterranean, to criss-cross the English Channel, to sail past the Pillars of Hercules (the Straits of Gibraltar), or to sail the oceans as far as Thule (Iceland) or Cape Bojadro (Mauritania) in search of new trade routes, it also became necessary to find one’s way back.

In the 3rd century BC, on the island of Pharos, Sostratus of Cnidus, a Greek architect and engineer erected the first ever fire tower to signal the entrance to the Port of Alexandria. The fire tower was a hundred metres high, and although it was dim at night, the smoke could be seen dozens of kilometres away during the day. Fuelled by wood and oil, its glow and fumes made it a landmark and a major point of reference that compensated for the uncertainties of dead reckoning navigation and hazardous headings often jeopardised by capricious winds and hostile seas.

In France, the Romans initiated several fire towers in Marseille, Fos, and Frejus, and from the 5th century onwards, along the northern coast of France in Calais, Boulogne, and Dieppe. These signalling points were not always maintained or permanent however and their visibility was reduced when it rained or was windy or foggy! Cordouan, the ‘lighthouse of kings and the king of lighthouses’ at the entrance to the Gironde Estuary, was the first to be built in stone and was completed in 1611 after 27 years of work. In the Iroise Sea, that stretches from the Ile de Sein to Ushant off the coast of Brittany in north-western France, the Saint Mathieu abbey monks kept a fire burning using olive and fish oil.

The most powerful fire in Europe

In 1695, directed by the Marquis de Vauban, a lighthouse was built on the southeast coast of Ushant, but it was only lit from 1 October to 31 March because it consumed 40 barrels of coal, one and a half steres of wood, 300 bundles of sticks tied together, and 3 pounds of candles monthly! It was not until the 19th century that the network of lighthouses around the French coastline came into being, largely thanks to the invention of the lenticular systems and prisms by Augustin-Jean Fresnel (1788-1827), combined with the handing over of beacon management to the Ponts et Chaussées on 7 March 1806, and the creation of the Lighthouse Service Commission in 1811. These steps led to a vast construction project with 30 new lighthouses being constructed and lit along the Breton coast between 1835 and 1861. It was not until later however that a new programme was launched to build harbour entrance lights, Créac’h, and the first lighthouses at sea, such as La Vieille, Armen, Pierres Noires, and Le Four.

Construction of Créac’h, the famous lighthouse situated in northwest Ushant, began in 1859 and was completed in December 1863. It was electrified in 1888, then fitted with a flashing light lasting less than a few tenths of a second in 1895. In 1971 Créac’h lighthouse was fitted with a xenon lamp, and then in 1995 with four 2,000-watt metal halide lamps. The 55-metre lighthouse stands out in its black and white livery reaching 72 metres above sea level. On a clear day, the range of its 12 million candelas, is over 60 kms. A vessel in the middle of the English Channel can see the light from both the Créac’h and Lizard lighthouses with the latter situated at Lizard Point in Cornwall, England, 100 nautical miles away. This virtual line forms the start and finish of the Jules Verne Trophy.

Since 1988, the former machinery room at the foot of the Créac’h lighthouse has been home to the Lighthouse and Beacon Museum.